The Tiger Who Came to Tea is a much loved children’s book that has captured the hearts of millions since its publication in 1968. In fact, it’s been such a favourite with generations of kids that it has been transformed into a popular children’s show in London’s West End, and has even been made into an animated movie.

But why do we love it so much? Let’s take a look at this compelling story and the awards it’s won over the years.on this fun-filled example of quality children’s theatre in London – book your tickets today!

About The Tiger Who Came to Tea

What’s so captivating about The Tiger Who Came to Tea? Well, it’s a fun, magical and somewhat chaotic story that sparks children’s imaginations. When the doorbell rings, Sophie and her mummy are surprised to find a tiger outside. Their unexpected guest sits down to tea, and soon polishes off all the food, all the tea, and even all the water from the taps! What will daddy say when he gets home?

Awards for The Tiger Who Came to Tea

For decades children have loved to wonder what might happen if the tiger came to their house for tea. So much so that the book has sold over one million copies, leading to the author, Judith Kerr, receiving the Specsavers Platinum Bestseller Award in 2017. Ann-Janine Murtagh, executive publisher at HarperCollins Children’s Books, described the story as “an iconic picture book”.

A year later, in 2018, the book received the Children’s Classic trophy at the Sainsburys Children’s Book Awards.

The book was adapted for the stage in 2008, and in 2012 it was nominated for an Olivier Award for ‘Best Family Entertainment’.

Judith Kerr was awarded an OBE for her services to children’s literature and Holocaust education in 2012, and in 2016 she accepted the BookTrust Lifetime Achievement Award. This was presented to her at London Zoo, which is where she was inspired to write The Tiger Who Came to Tea. Judge Shami Chakrabarti said of her, “Judith Kerr represents the best of Britain, Europe, literature and the enduring power of storytelling and the written word.”

In 2019, Kerr was named Illustrator of the Year at the British Book Awards.

See The Tiger Who Came to Tea this summer

If, like so many others, you’ve been inspired and enchanted by The Tiger Who Came To Tea, don’t miss out on the fantastic stage show, which is playing at the Theatre Royal Haymarket until 4 September. It’s one of the best things to do in London this summer, and is specially designed for children. With a running time of 55 minutes and no interval, it’s full of magic, mayhem and sing-along songs, all of which are sure to delight kids aged three and up.

Don’t miss out on this fun-filled example of quality children’s theatre in London – book your tickets today! 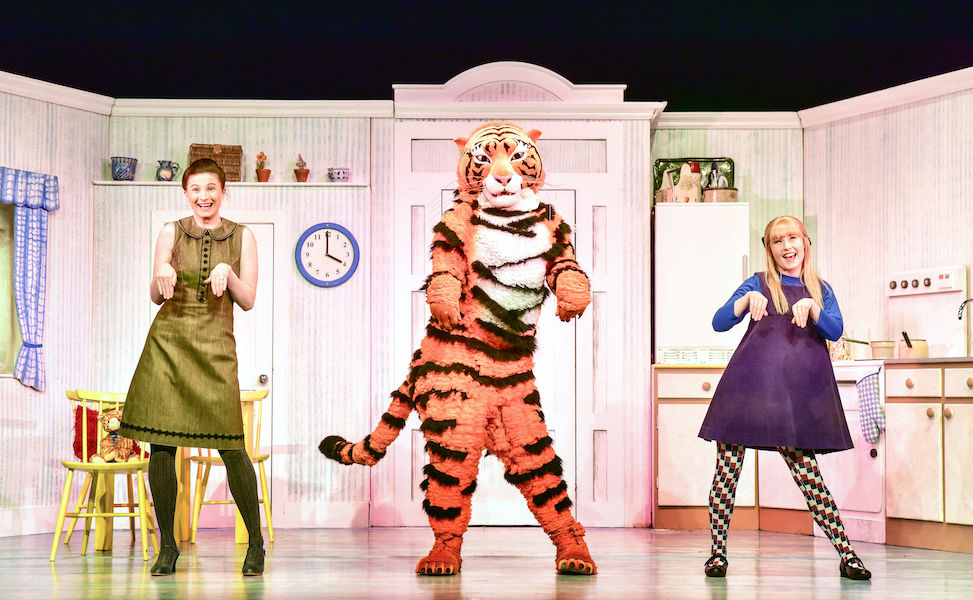