The Tiger Who Came to Tea was first published in 1968, and has been a family favourite ever since. Enjoyed as much by today’s children as it was by their parents when they were kids, it captures the imagination and prompts lots of discussion. What would you do if a tiger turned up on your doorstep asking to have tea with you?

Such is the popularity of this story that it has been made into a theatre show, which is currently touring the UK. If you’re looking for things to do in Blackpool this October, head to The Grand Theatre to see it. At just 55 minutes long and packed with sing-along songs, magic and clumsy chaos, it’s one of the best children’s shows in Blackpool this autumn.

The show, of course, stays true to the original story, which is full of clever lines and great imagery. Here are our favourite quotes from Judith Kerr’s The Tiger Who Came to Tea book.

We love how politely the tiger asks to come in and have tea, as if it’s the most normal thing in the world.

The ‘owp!’ really illustrates how the tiger swallows all the sandwiches in one gulp and kids love joining in with it.

The tiger seems to eat everything, packaging and all. What a hungry tummy he must have!

The tiger is very polite again when he’s finished eating, having devoured everything in the kitchen and even drunk all the water from the taps, which we think was rather rude! But his polite comment as he leaves makes him rather loveable.

This quote creates a lovely image of it getting late, and the family going out to the café because the tiger’s left them nothing for their supper.

We find Sophie and her mummy’s preparation for another visit adorable – and we love the idea of being able to buy tins of tiger food in the shop!

If you love The Tiger Who Came to Tea, don’t miss the chance to see it live on stage from 7-9 October. It’s a fantastic example of children’s theatre in Blackpool, and heaps of fun for kids aged three and up. Book your tickets today! 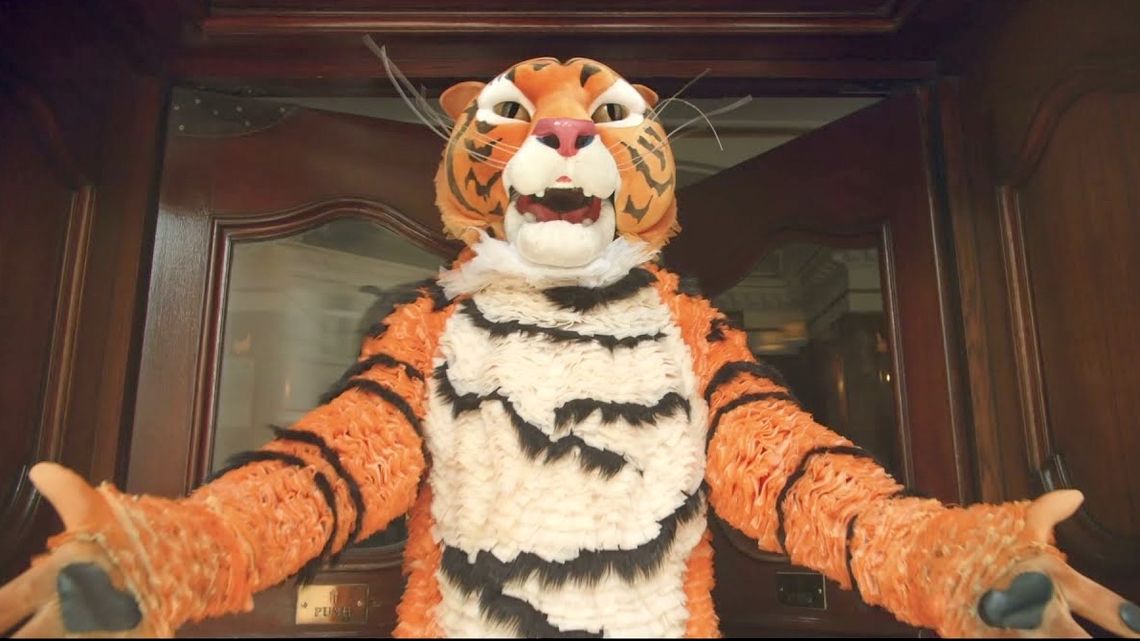