If you’re tiger mad, you’re sure to know lots about this amazing animal. And you’ll probably leap at every opportunity to enjoy tiger-related entertainment. Well, the great news is that whether you’re in London, York or Salford, you can catch The Tiger Who Came to Tea live on stage this summer. Playing at the Theatre Royal Haymarket until 4 September, and based on the best-selling picture book by Judith Kerr, The Tiger Who Came to Tea is one of the best family shows in London, and ideal for children aged three and up. Be sure to book your tickets today!

Tigers are fascinating creatures with many talents. But did you know that they aren’t just great at hunting and blending into their surroundings? They’re also really good swimmers! Let’s take a look at some of the swimming habits of these magnificent animals.

TIGERS ARE BUILT FOR SWIMMING

Tigers actually have physical features that make them very capable swimmers. Their muscular bodies give them the strength to pull themselves through water, while webbed paws help them to paddle.

TIGERS CAN SWIM FOR MILES

Tigers have huge territories – as much as 100km (or 37 square miles), and the ability to swim across rivers in those territories is, of course, a big advantage. Some tigers have been recorded as swimming across rivers that are up to 7km wide (4.3 miles) – despite the strong currents. They might swim as far as 29km (18 miles) in a single day as they patrol their territories.

Despite their swimming abilities, tigers generally choose not to put their heads underwater, instead simply submerging themselves up to their necks. This is thought to be because they don’t like getting water in their eyes. Many tigers even enter the water backwards to avoid it entering their eyes.

TIGERS ENJOY BEING IN THE WATER

Unlike domestic cats, tigers like being in the water, and swim for pleasure. Lots of tigers live in hot environments and because they’re so large, their bodies heat up quickly. A dip in a river or lake can help them cool off. They may even spend most of the day lounging around in water when it’s really hot.

In the wild, tiger cubs learn to swim at a very young age – just 10 weeks old! The first step for their mother is to get them confident in the water – it’s only later on that they begin to hone their hunting skills in the water.

Tigers are so confident in water that they will sometimes chase prey towards a lake or river, and then use their swimming skills to make their catch. They can swim up to 6km/h (around 4mph), meaning they often have an advantage over their prey.

If tigers and shows for kids are two of your favourite things, don’t miss The Tiger Who Came to Tea, a highly acclaimed kids’ theatre show in London. It’s playing all summer, and touring the UK, so book your tickets today. 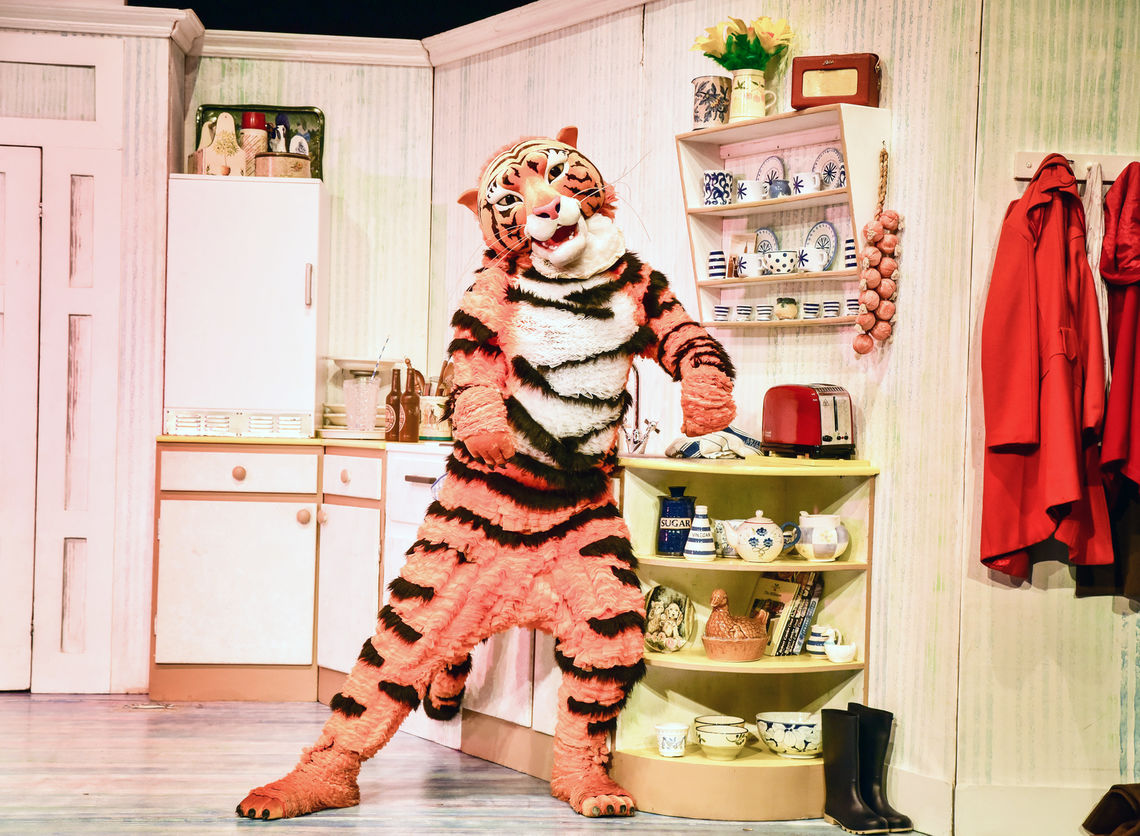