Discover The Largest Tiger Of All Time

Tigers are beautiful creatures. With their distinctive stripes, huge claws and exceptional hunting abilities, they’re truly unique. So it’s no wonder that these majestic beasts have starred in books, movies and plays. In fact, The Tiger Who Came to Tea is touring the UK this summer and is one of the best things to do in London with kids - so don’t miss out.

There are nine subspecies of tiger, three of which have already become extinct. But which of the tigers is the biggest? Let’s check out the largest tiger of all time in more detail.

BENGAL TIGER - THE LARGEST TIGER IN THE WILD

Roaming India, Bangladesh, Nepal and Bhutan, the Bengal tiger is one of the most well-known breeds of tigers, easily identified by its bright orange fur and black stripes. It’s also the largest of all wild tigers, with a typical male weighing between 397 and 569 pounds. The female is slightly smaller, weighing in between 220 and 350 pounds.

The largest tiger ever found in the wild was, indeed, from the Bengal subspecies. This muscular, super powerful beast lived in Uttar Pradesh in India and measured nearly 10 feet, 7 inches long. It also weighed close to 857 pounds, making it almost 300lbs heavier than even the biggest Bengal tigers found in the wild.

Sadly, this magnificent creature was shot by hunters in November 1967. An autopsy revealed that it had only recently eaten an entire buffalo, which likely contributed to its above-average weight. Still, this one particular tiger went down in history for being the largest tiger encountered in the wild to-date. Other reports of giant tigers have never been verified and therefore must be taken with a pinch of salt.

THE SIBERIAN TIGER - THE LARGEST TIGER IN CAPTIVITY

The Bengal tiger dominates the wild due to its sheer size. But did you know that Siberian tigers tend to grow larger than Bengal tigers in captivity? According to the Guinness Book of World Records, the record for the largest tiger ever held in captivity goes to a male Siberian tiger named Jaipur. Owned by American animal trainer Joan Myron Marasek, Jaipur was much larger than almost any other tiger ever recorded. By the age of nine, Jaipur was already 10 feet, 11 inches long and weighed close to 932 pounds. Wow! This is considered clinically overweight for a tiger, but he still deserves the largest tiger crown.

If you love tigers and are looking for top things to do in London, don’t miss the exciting production of The Tiger Who Came to Tea. With plenty of clumsy chaos, sing-along songs and oodles of magic, you’re sure to have a brilliant time. It’s one of the best activities in London for the whole family, so book your tickets today and enjoy a trip to remember. 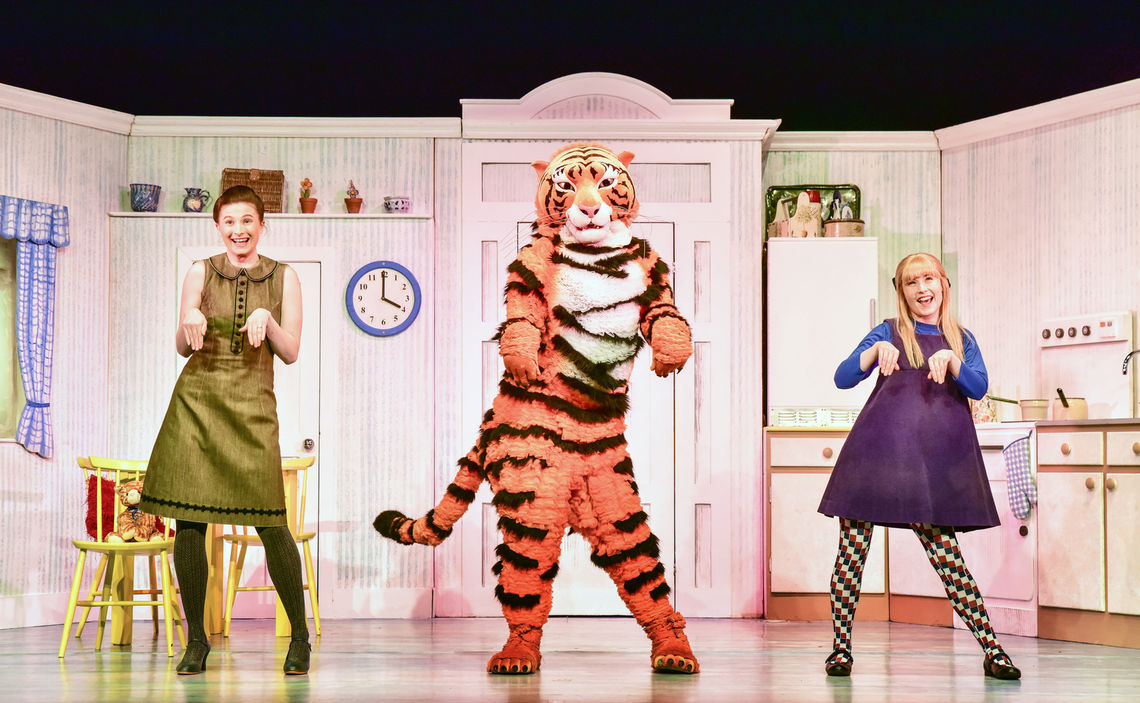