Tiger Day: The perfect kids’ day out in Glasgow

If you love all things tiger-related, you might be surprised to learn that Glasgow is a great place find some impressive examples of this much-loved creature. Of course, you won’t see any real tigers roaming the streets, but there are lots of places to go in Glasgow where you’ll catch a glimpse of this magnificent stripy cat. Here are a few of the locations where you can spot a tiger.

One of the things to do in Glasgow for your tiger trail should be visiting the King’s Theatre, where the Olivier Award nominated show, The Tiger Who Came to Tea, is being staged in February 2023. Based on the best-selling children’s book by Judith Kerr and running for 55 minutes with no interval, it’s a perfect production for children, and keeps everyone entertained with sing-along songs, magic and clumsy chaos. The tiger is both mysterious and friendly – and so hungry it eats all the food!

The show is only playing for two nights (21-22 February), so don’t miss your chance to see it – book your tickets today!

At Customs House Quay, facing the River Clyde, you’ll find a magnificent mural of a tiger’s head. Painted over three days by Scottish street artist James Klinge, it’s impressively lifelike, depicting the power and ferocity of these beautiful creatures. It was created in 2015 to revitalise a decaying walkway, and is now something of an icon in the city’s landscape, forming part of the Glasgow Mural Trail, which showcases the city’s best street art.

Another place you can find a tiger – or at least part of one – is at the Kelvingrove Art Gallery and Museum. The ‘Creatures of the Past’ gallery is devoted to animals that are endangered, and there’s a striking display of a tiger there. The head and shoulders are a real, taxidermised tiger, while the rest of the body is a sculpture created by Peter Donohoe. Next to it sits a tiger skull and the whole display is aimed at raising awareness of the tiger’s plight and its dwindling numbers in the wild.

In the grounds of Kelvingrove Park, where the art gallery stands, is a statue of a Bengal tigress that is bringing home a kill for her cubs. Sculpted by Auguste-Nicolas Cain and standing on top of a granite pedestal, the statue was gifted to the park by a former son of the city, and was unveiled in 1867. The tigress stands majestically with the peacock while her cubs lay at her feet, looking up expectantly.

If you’re looking for tiger-based kids’ activities in Glasgow, be sure to book your tickets to The Tiger Who Came to Tea today. As one of the best family shows touring the UK, it’s sure to delight adults and children alike. 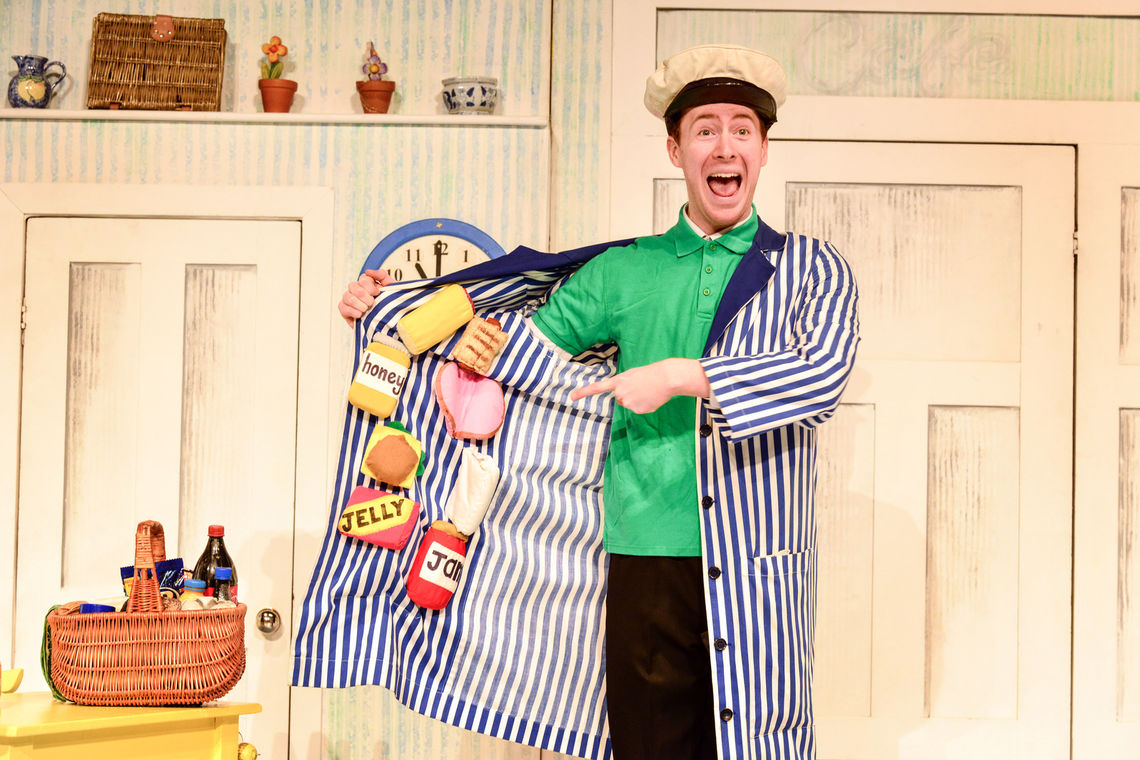