What inspired Judith Kerr to write ‘The Tiger Who Came to Tea’?

Judith Kerr’s best-selling picture book, The Tiger Who Came to Tea, has captured the imaginations of children since it was first published in 1968. In fact, it’s so popular that it has been adapted for the stage, with the show playing in the West End this summer. If you’re looking for kids’ activities in London, don’t miss the chance to see it.

But what inspired Kerr to write the story? Let’s take a look.

According to Kerr, The Tiger Who Came to Tea was a simple bedtime story she made up for her daughter, Tacy, when she was a toddler. She told it so many times that she knew it off by heart, saying, “It hadn’t changed because you watch your child’s face and obviously you leave out bits gradually if they look bored.”

Her daughter loved the story so much that she would say, ‘Talk the tiger’, asking for it again and again. The story was inspired by visits that Kerr and her daughter made to London Zoo, where she was particularly fond of looking at the tigers.

When her children were at school, Kerr decided to turn her tiger story into a picture book, and remembered wondering what the tiger should look like, and whether he should have clothes.

Fellow children’s author Michael Rosen once speculated that The Tiger Who Came to Tea could reflect Kerr’s past as a refugee from Nazi Germany. The author, who was just nine at the time, was forced to flee her home with her family in 1933, since her father was a Jewish intellectual and theatre critic who had been speaking out against the Nazi regime.

Kerr, said Rosen, knew that a child’s world could be turned upside down by dangerous people, and the tiger could therefore be interpreted as the Gestapo coming to take away everything she had.

Kerr, however, always denied this. In her mind, the story was simply about the joy and wonderment that the arrival of a tiger at your front door would create.

When the book was turned into an animation in 2019, producer Ruth Fielding echoed this, having worked with Kerr on the early stages of the adaptation. She said, “Judith was very clear when she wrote it that she was home looking after a four-year-old girl and as such, you have to use all the power of imagination to entertain a young child.”

The tiger certainly has nothing sinister about him. He simply comes in with all his cheeky charm and causes chaos for Sophie and her mummy, leaving them feeling joyful if somewhat bewildered.

If you’re looking for fun things to do in London this summer, head to the Theatre Royal Haymarket to see the stunning production of The Tiger Who Came to Tea. It’s one of the top places to go in London with kids, so book your tickets today. 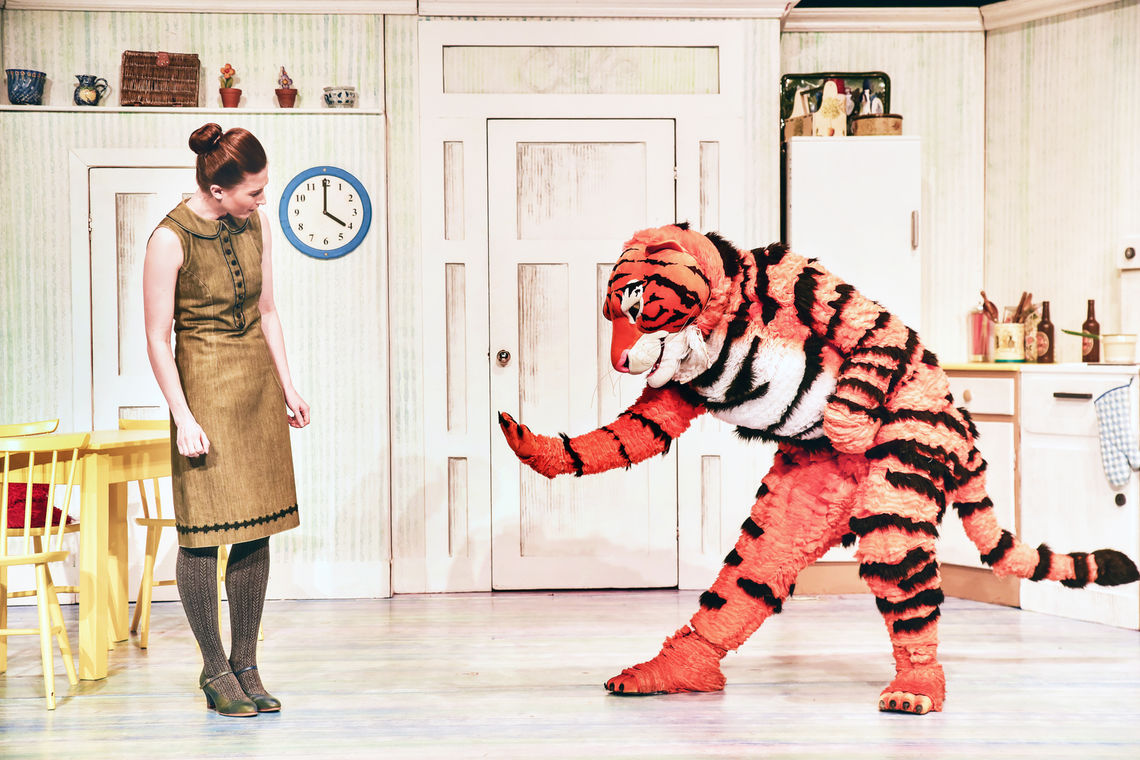