What Is Special About Tigers

Tigers are some of the most amazing creatures on the planet, they are the largest members of the cat family and are renowned for their power and strength.

As the largest member of the cat family, Tigers are strong, powerful and one of nature’s most feared predators. Their beautiful orange and black striped coats provide camouflage when hunting prey at night, when they can reach speeds of 65 km/hr (~40 mph).

Tigers are the most varied cat on earth, and have many unique features and interesting characteristics. They are magnificent creatures which are sadly endangered due to human carelessness. But, hopefully if we learn a little about them, we can become more aware of this admirable animal and help them grow in numbers once again.

HERE ARE SOME AMAZING FACTS ABOUT TIGERS THAT MAKE THEM SPECIAL:

- A Tiger’s legs are so powerful that they can remain standing even when dead, they have been known to have been shot, bleed out, and die, all while standing up.

- Tigers scratch trees and use their urine to mark their territories. Their urine smells strongly of buttered popcorn.

- Unlike most members of the cat family, Tigers like water. They are good swimmers and often cool off in pools or streams.

- Tigers can tell the age, gender, and reproductive condition of other Tigers by smelling their urine.

- If you look a Tiger in the eyes it is less likely to kill you. Tigers prefer to hunt by ambush, so by looking a Tiger in the eyes you are showing him you know he is there. Now he has lost the element of surprise, and will most likely go find something else to feast on. Because of this, men in India often wear masks on the back of their head with a second face.

- When several Tigers are present at a kill, the males will often wait for females and cubs to eat first, unlike Lions, which do the opposite. Tigers rarely argue or fight over a kill and simply wait turns.

- Every Tiger in the world is unique, no two Tigers have the same pattern of stripes.

- The markings on a Tiger’s forehead closely resemble the Chinese character for king, giving tigers a cultural status as a regal animal.

- Tigers have walked the earth for a long time. Fossil remains of Tigers found in parts of China are believed to be 2 million years old.

- Tigers have antiseptic saliva. They lick their wounds to disinfect them.

- Less than 100 years ago, Tigers could be found throughout Asia. Sadly, hunting and habitat loss have put populations at risk, and today their range has been reduced to around 7% of its former size. That’s why we need to do all we can to protect these beautiful beasts! 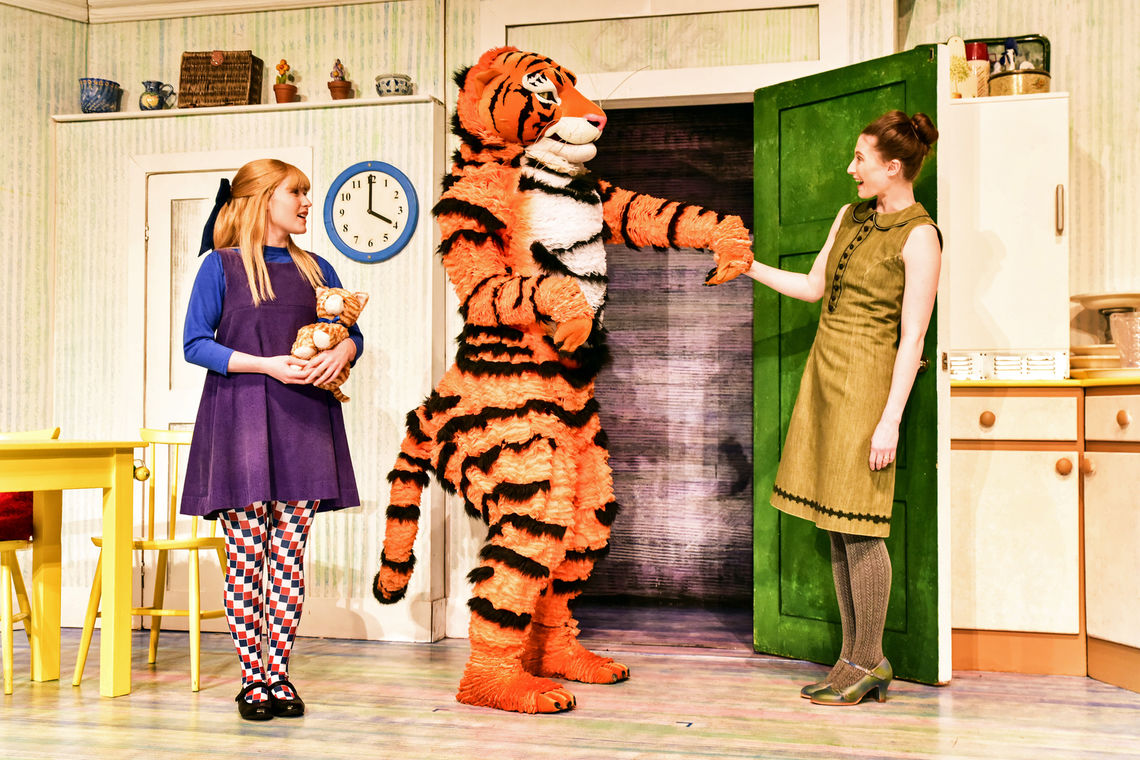